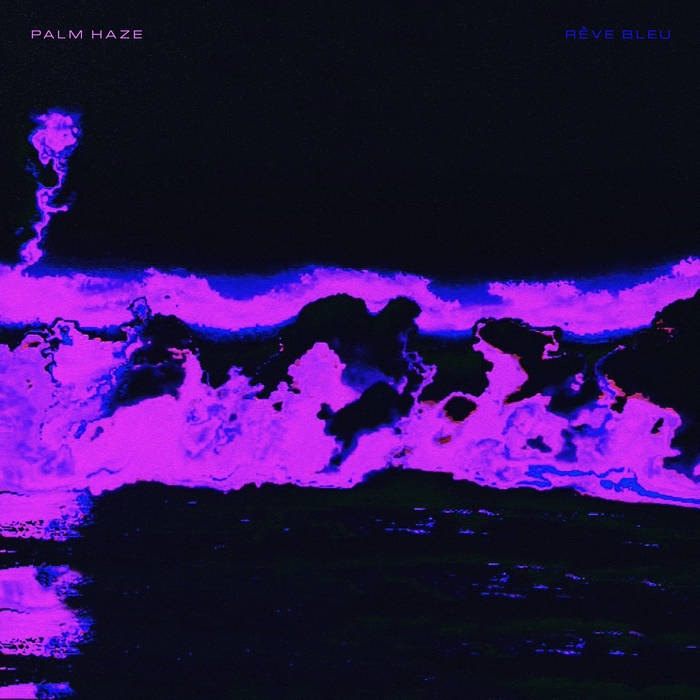 Originally founded in Ilhabela, Brazil and now based in Vancouver, Canada, Palm Haze is a duo that blends alternative rock, shoegaze, and trip-hop influences to create a sound that's both heavy and smooth - think of fuzzed guitars and soothing vocals under a palm tree shadow.

The duo consists of vocalist and bassist Anna Wagner and guitarist and producer Lucas Inacio aka Fløver .

Their self produced debut 7 track debut EP “ Tangy Dream ” was released digitally on 2017 and it was praised by fans – often being called a 'mini-album' – and considered the top 3rd best shoegaze album of 2017 by the listener pool at DKFM . It was later released on cassette by Young Heavy Souls and on vinyl via a successful crowdfunding campaign on Qrates.

In 2018, following Tangy Dream’s recognition, the duo performed more than 20 shows in and around Vancouver, often sharing the stage with touring bands such as Exploded View, Shadowhouse and The Macks, and many great local bands such as Washers, Funny Death, Ill Sylvia, Laverne, Sleepy Gonzales, Roys Bag, Miss Mudd and others. They also performed in their hometown, Brazil, with Early Morning Sky and S.E.T.I..

Following their debut "Tangy Dream," Palm Haze's "Rêve Bleu" is another story told by the unconscious. A different kind of dream, but with a similar energy curve. While "Tangy Dream" feels very tangible and achievable, "Rêve Bleu" will bring up chaotic emotions and thoughts, taking you much further from reality and closer to the wonders of uncertainty. Where could you go? What could you do? It's a fantasy you fall on accidentally, revealing risky and forbidden paths. It’s the kind of dream you’re afraid of, but also tempted to.

“We started working on Rêve Bleu right after the release of Tangy Dream. The album title track, Rêve Bleu, was the first one I made and after that we made Wildflower. We had just gotten a new acoustic guitar and Wildflower was the first song made on it. It was pretty fast, and that song barely changed since the first demo.

This head start made me want to release a new EP kind of soon, I remember that at first, I planned to finish it on May 2018. But for some reason, after making those 2 songs, every time I tried to go on and finish other songs, something else would happen in my life. That made the evolution of this album very slow. It wasn’t easy to finish this album and I think it’s all reflected in how it turned out to be. I feel like it got heavier, darker but at the same time the calmer parts feel more sober and raw.” – Lucas Inacio

Palm Haze is a Canadian based duo that blends alternative rock, shoegaze and trip-hop influences to create a sound that's both heavy and smooth - think of fuzzed guitars and soothing vocals under a palm tree shadow.

Track Name: Drop In
My soul is a valley
A vast barren waste
Are there any other worlds beyond it?
Parks, palms and palisades
I turned into air
A miracle, a dead end
No escape I feel restless
Melting in my brain

I walk with the dreamers
I step into your door
Is there anything around us?
Is there even more?
Look beyond the earth
Boys, dolls, everglades
No escape I feel restless
Melting in my brain

Falling from a higher high
When I saw her, tripping to the other side
I was just a little too okay to fight
When I saw her begging for a second round

Bandcamp Daily  your guide to the world of Bandcamp

Guests include Kassa Overall and Muriel Grossman, plus an LP of the week by Van Hunt.